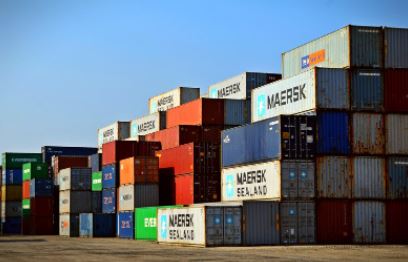 Transfer pricing: how to value transactions between group companies or related parties

The obligation established by corporate income tax regulations to value transactions between related parties at "market" is becoming more and more widely known in the business world. However, two basic concepts need to be clarified: what are related party transactions and what is an arm's length valuation?

The rule expressly regulates what are considered to be related parties or entities, and it is important to bear this in mind in order to know when this mark-to-market obligation applies.

In general, we could summarise them as follows:

What does it mean to mark to market a transaction?

The corporate income tax law requires related party transactions to be valued at market value, and defines market value as "...".that which would have been agreed upon by independent persons or entities on terms which respect the principle of free competition."

Essentially, the rule requires that when a transaction is carried out with a related party, the same prices, contractual terms and conditions and assumption of risk apply as would have applied with an unrelated third party.

How is the market valuation justified?

Corporate Income Tax legislation regulates a series of formal obligations which we will discuss in detail in future posts, where each transaction between related parties must be analysed and it must be justified that the price applied is market price.

Thus, on the one hand, it requires keeping at the disposal of the administration a transfer pricing dossier and, on the other hand, there is an obligation to present annually an information return on related-party transactions (form 232) which is presented every November with respect to the transactions of the previous year. In order to justify that the transaction has been made at market value, Spanish law, based on the OECD Guidelines applicable to transfer pricing for multinational companies and tax administrations, regulates a series of valuation methods, and the transaction can be subsumed under the one that best suits the specific circumstances.

There are 5 main methods, which can be grouped into two categories:

a) Traditional methods based on operations.

It should be borne in mind that for the free comparable price method to be reliably applied, the relevant economic characteristics of the related and unrelated transactions must be comparable.

Ultimately, this method is particularly reliable in cases where the company performing the related party transaction provides the same service or sells the same goods to other unrelated parties (e.g. the company markets the product to a subsidiary and other unrelated customers) or there are simply a multitude of external comparables in the market (i.e. financing transactions).

Incremental cost method or Cost-plus in its English terminology

The cost plus method is based on determining the costs incurred by the supplier of the goods or services to carry out a particular linked transaction. This cost is increased by a margin that allows it to earn an appropriate profit taking into account the functions performed and market conditions.

The OECD considers that the result, which is obtained after increasing the above-mentioned cost with such a mark-up, can be considered as an arm's length price of the original tied transaction. In this case, the key is to prove that the margin (mark-up) applied to the incurred cost base is market conform.

This method is the most commonly used when the linked transaction consists of the provision of services. Moreover, when dealing with what the OECD defines as low value-added services [1], it has been accepted that a margin of 5% is arm's length and market conform.

3.- Resale price method or Resale Price in its English terminology

In contrast to the cost plus method, which bases its methodology on the cost incurred, this resale price method starts from the price at which it has been acquired from an associated undertaking a product which is then sold to an independent company.

The resale price method seeks to determine the appropriate margin to be left in the trading company.The price agreed between the marketing company and the final customer (the resale price) is reduced by an appropriate gross margin (the "resale price margin") to allow the reseller/distributor to cover its selling costs and operating expenses and to earn an appropriate profit, taking into account the functions actually performed.

And, what remains after subtracting the gross margin, can be understood to constitute an arm's length price of the initial transfer of goods between the associated companies, which in the example given would be the price of the sale of products from the manufacturing parent company to the marketing subsidiary.

b) Methods based on the results of operations.

The net operating margin method analyses the net profit calculated on a given magnitude (e.g. costs, sales or assets). that a taxpayer obtains by reason of a controlled transaction.

5.- Result distribution method or Profit Split in its English terminology

The method of distribution of the result is usually applied in transactions that are carried out jointly by several related companies and is intended to determine the distribution of profits obtained jointly. agreed by independent undertakings on the basis of their participation in the transaction.

This methodology first identifies the profit to be distributed to the associated enterprises for the related transactions in which they are involved, which would be called "joint profits".

This common result is then distributed among the associated companies on the basis of economically valid criteria, i.e. according to the functions performed by each company, the risks assumed and the assets contributed to the operation, in such a way as to approximate the distribution of profits that would have been envisaged and reflected in an arm's length agreement.

As indicated by the OECD, the selection of the most appropriate method must be analysed for each specific circumstance because there is no single method that is appropriate for all situations.

As can be seen, the transfer pricing regulation is delimiting the pricing and conditions that can be agreed between related parties, so that groups of companies must pay increasing attention to how these transactions are being carried out and whether they are obliged to have documentation of related party transactions.

At MERAC Legal & Tax Lawyers we have extensive experience in advising on transfer pricing and in the preparation of the formal documentation required.

[1] The OECD defines low value-added services as those that (i) have a support function, (ii) do not form part of the core business of the multinational group, (iii) do not require the use of or lead to the creation of unique and valuable intangible assets, and (iv) do not involve the assumption of significant risk by the service provider.

This includes financial accounting services, tax advice and invoicing management, human resources management and ORP, legal advice and IT maintenance services, among others.