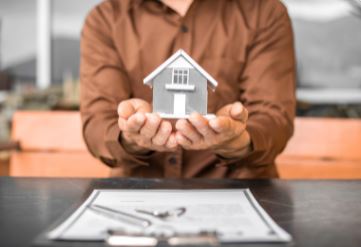 The "new" Municipal Capital Gains Tax: How the taxable base is regulated in the approved Royal Decree Law

The Council of Ministers has approved Royal Decree-Law 26/2021, of 8 November, which adapts the revised text of the Law Regulating Local Treasuries, approved by Royal Legislative Decree 2/2004, of 5 March, to the recent jurisprudence of the Constitutional Court with regard to the Tax on the Increase in Value of Urban Land.

As already anticipated by the Constitutional Court itself in a press release on 26 October 2021, its latest ruling declared null and void articles 107.1 second paragraph, 107.2 a) and 107.4 of Royal Legislative Decree 2/2004, which regulated the determination of the taxable base of the Tax on the Increase in Value of Urban Land (IIVTNU), commonly known as municipal capital gains tax.

This new ruling meant the de facto annulment of the municipal tax, with the obvious detriment to the coffers of the municipalities throughout Spain that collect the tax.

Therefore, in order to comply with the mandate of the Constitutional Court in its rulings of 2019 and 2021, the Royal Decree-Law adapts the tax base of the tax to the effective economic capacity of the taxpayer.

Two new ways of calculating the tax base

The new normative regulation provides for two ways of calculating the tax base:

a) According to the cadastral value

This methodology, similar to those already in place, provides for apply a coefficient to be approved by the Town Councils on the cadastral value of the land.. This coefficient, which varies according to the number of years the property has been held, may not exceed the maximum coefficients regulated by the Royal Decree-Law and which will be updated annually in line with developments in the real estate market.

b) According to the actual profit produced

In any case, the taxpayer may choose to be taxed on the actual gain that has arisen, determined by the difference between the transfer value of the land and the acquisition value of the land.

And how do you differentiate the gain corresponding to the value of the land?

What if I sell at a loss?

In order to comply with the principle of economic capacity and the doctrine of the Constitutional Court, thehe rule expressly states that tax does not accrue in the event of a capital loss on the transfer of the property.

In this case, and as currently applied in practice, it is the taxable person who bears the burden of proof The taxpayer must (i) declare that the transfer has taken place and (ii) prove the loss by providing the deeds documenting the transfer and the acquisition.

New: capital gains of less than one year are also taxed.

Contrary to the current regulation, which established that no tax accrued when the capital gain occurred with a holding period of less than one year, the new regulation provides for accrual of the tax regardless of the holding period.

Moreover, the maximum legal coefficient applicable to capital gains generated with a holding of less than one year amounts to 0.14%, a particularly high coefficient to penalise speculative sales carried out in less than 1 year.

The regulation foresees a new system of control and verification by the local councils, so that if the value verified is higher than the declared value, this will be the one to be considered for the purposes of the possible future real gain.

Practical example of how it would be calculated:

b) Taxable amount on the basis of the actual gain on the transferIn this case, the starting point is the actual gain, which in the example amounts to €30,000. On this, the proportional gain attributable to the value of the land is calculated, which would amount to €2,400 (land value 8% of the current total value of the property), this being the other taxable base option.

According to the rule, the taxpayer may opt for the taxable base that best suits him provided that he can credit the base originated by the actual gain. In this case, it would be appropriate to use the actual gain produced.

Constitutionality of the rule?

The new regulation has been processed as a Royal Decree-Law, however, we must not forget that it is regulating essential elements of the tax, such as the determination of the tax base. For this reason, warnings are already being issued about the risk that this regulation could be considered unconstitutional if it is not finally passed as a law.

On the other hand, it should be remembered that the local councils will also have to do their part of the work and will have to approve new tax by-laws as soon as possible.

What options are left for taxpayers to claim capital gains?

The rule enters into force on 10 November 2021 and applies to transfers occurring after that date.

And, with regard to prior transfers, it is important to remember that the Constitutional Court's ruling expressly limits that only non-firm settlements are subject to appeal on the occasion of this latest pronouncement.

In this regard it is important to remember how the deadlines for determining the finality of IIVTNU settlements workdepending on the method of levying the tax:

a) A large number of municipalities have established the settlement system for the accrual of the municipal capital gains tax. This system consists of the taxpayer submitting a declaration informing the relevant data of the transfer for the determination of the tax and it is the Town Hall who generates the liquidation and notifies the taxpayer with the payment letter. These liquidations constitute an administrative act and become final one month after receipt of the notification of the letter of payment if no appeal is lodged.

(b) Whereas capital gains settlements accrued under the self-assessment system or declaration-settlement are those in which the taxpayer not only submits the declaration with the relevant facts but also makes the calculation and payment of the tax. These self-assessments become final after the expiry of the 4-year limitation period. The tax authorities have at their disposal to verify and determine the tax debt or the taxpayer to request a rectification of the tax debt.

For this reason, self-assessments for which more than 4 years have elapsed since they were filed and settlements made by the Administration for which the 1 month period for appeal has elapsed are currently final.